They have made significant contributions to our food and wine industries.

Their passions and experiences vary, but all are champions for South Australia’s premium produce, and the healthy environment it comes from.

Several have said that becoming an ambassador simply puts an official stamp on what they already do.

Our ambassadors program helps us tell our community, nation and the world about South Australia’s quality food, wine and beverages.

Michael Angelakis is a seafood industry legend and one of its great personalities. Former Managing Director of the family business Angelakis Brothers, he is just as well known as one of the two larger-than-life presenters of the popular TV program Out of the Blue.

Discover the work of Michael Angelakis AM.

Victoria Angove is part of the new generation leading South Australia's world-class wine industry. The joint Managing Director (with brother Richard) of Angove Family Winemakers, she also is a director of the Winemakers' Federation of Australia, the national representative body.

Discover the work of Victoria Angove. Simon Bryant's cooking career began more than 25 years ago in Thai and Indian fast service restaurants, including a stint as a butcher, function caterer, and a post with Hilton Adelaide which saw him initially as part of Cheong Liew's team in The Grange Restaurant, and then in the role of the hotel's Executive Chef for seven years.

Discover the work of Simon Bryant.

Ray Borda started Macro Meats in 1987 to sell kangaroo meat as pet food. However, he always believed the leanest of red meats had a place on dinner tables around the world and his determination to prove that point quickly paid off.

Discover the work of Ray Borda.

Jim Carreker is Owner and Manager of The Louise Luxury Vineyard Retreat and the award-winning Appellation restaurant in the Barossa Valley.

Discover the work of Jim Carreker. 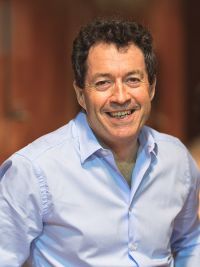 Callum Hann became the fresh new face of cooking in 2010 when he was runner up in the prestigious competition MasterChef at the age of 19, and he hasn't looked back (including winning MasterChef Australia All Stars in 2012).

Discover the work of Callum Hann.

Paul Henry is one of Australia's leading wine marketers. He runs his own wine marketing consultancy, Winehero, and is a driving force behind Adelaide / South Australia's membership of the prestigious Great Wine Capitals Global Network.

Discover the work of Paul Henry.

Discover the work of Shigemi Hirata.

Discover the work of Mark Laucke.

Discover the work of Gareth Lewis. Kris Lloyd is an acclaimed artisan cheese maker whose name is also synonymous with business innovation.

Discover the work of Kris Lloyd.

Rosa Matto has been showing people how to cook for more than 30 years, in all manner of settings, and is a passionate advocate for the power of food and the quality of South Australian produce.

Discover the work of Rosa Matto.

Andrew Puglisi is a sixth-generation fisherman and a part of one of Port Lincoln's most important fishing families. His father Bob helped establish both the Spencer Gulf southern prawn fishery and the Southern Bluefin Tuna industry.

Discover the work of Andrew Puglisi.

Warren Randall is Owner and Managing Director of iconic Seppeltsfield Wines in the Barossa Valley. He is also a co-owner of Tinlins Wines at McLaren Vale and Fleurieu Vintners in the Adelaide Hills and has expanding interests in China.

Discover the work of Warren Randall.

Ulli Spranz is Managing Director of B.-d. Farm Paris Creek, the biodynamic-organic dairy business she and husband Helmut established in the Adelaide Hills after migrating from Germany in 1987.

Discover the work of Ulli Spranz.

Dr Hagen Stehr is a leading figure in Australia's seafood industry and a great champion of his adopted state.

Rebecca Sullivan is a self-taught cook and author who has worked on a wide range of projects that have positioned her as a food curator, activist, sustainable food writer, teacher, budding grower and entrepreneur.

Discover the work of Rebecca Sullivan.

Darren Thomas is the CEO of Adelaide-based Thomas Foods International, Australia's largest family-owned agribusiness with 2500 employees and a turnover of more than $1.3 billion a year.

Discover the work of Darren Thomas. Duncan Welgemoed is one of the stars of South Australia's food scene, fusing a love of his South African homeland with a passion for the produce and lifestyle of his adopted home.

Discover the work of Duncan Welgemoed.

In China and Hong Kong, Master Chef Wong Wing Chee is highly respected, and as high profile as any celebrity for his innovative dishes, cookbooks and TV shows. 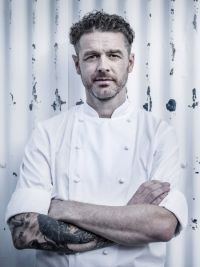 Jock Zonfrillo is Chef/Owner of Restaurant Orana and Bistro Blackwood, as well as Founder/ Director of his not-for-profit charity The Orana Foundation.

Discover the work of Jock Zonfrillo.