Since early settlement, apples and pears were important fruits in the diet of settlers. While early South Australian production was focused in the foothills east of Adelaide, by the late 1800s, apples and pears were being grown in a wide array of high rainfall cool climate districts, with some of the main production districts being Coromandel Valley, Blackwood, Ashton, Summertown, Uraidla, Lenswood, Woodside, Gumeracha, Cudlee Creek, Houghton, Paracombe, Kersbrook, Clare, Wirrabara and the South East.

The advent of refrigeration saw apples move from being produced largely for local domestic production to becoming a significant export crop. By 1905, SA was exporting more than 150,000 bushels of apples a year to the UK and Europe. The 1950s and 1960s were also periods of active export for the apple industry. 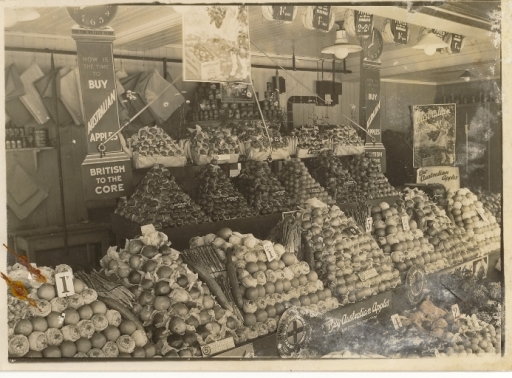 This section of the Agriculture History web site highlights some of the major factors influencing development of South Australia’s apple industry. It is divided into a series of sections that highlight major advances in the apple industry, and includes information about:

The attached article Lumley’s Cider and Wine Making Machinery and Appliances (PDF 606.0 KB) was published in the 1890s. It provides an overview of cider making equipment and techniques available to South Australian apple growers at that time.

There are a number of references that contain detailed information about the development of SA’s apple and pear industries. They include:

Toilers of the Hills
by E.H.Hallack
Edited by Geoffrey C Bishop
Published by District Council of East Torrens 1987
Printed by Investigator Press Pty Ltd, Hawthorndene
ISBN 0 85864 105 4
Contains a comprehensive history of development of fruit and vegetable industries in the central Adelaide Hills from the 1890’s through to the 1980’s. This includes details of key families in the various production districts.

The History of the Lenswood and Forest Range Agricultural Bureau 1897–1997
Published by Lenswood & Forest Range Ag Bureau
Typsetting by Gould Publishing Gumeracha and printed by Openbook Publishers Adelaide 1997
ISBN 0 646 33328 3
Provides a chronological summary of activities of this Agricultural Bureau across different eras. It contains significant information on the technology being adopted by fruit growers and their interaction with Dept of Agriculture staff across the various eras.

In addition, Ms Karen George has assembled a series of audio recordings by major apple industry identities as part of a national apple history project. These recordings contain valuable information about development of Australia’s and South Australia’s apple and pear industries and can be downloaded from the National Library of Australia website. These can be accessed in the Music, Sound & Video section of the Trove web site by inserting Apples & Pears History Project in the search bar.