Around the regional centres – Kadina

The Department of Agriculture's Regional office at Kadina provides a free advisory service to agriculturists on Yorke Peninsula and the lower areas of the mid north. Officers stationed at the centre may be contacted for advice on agronomy, animal health, and pig, sheep and poultry management. A new economic advisory service has also been established at the Kadina office. The appointment of an agricultural economist means that advice on the economics of all farm enterprises is now freely available.

Officers at the centre speak at meetings of branches of the Agricultural Bureau and other industry groups. Individual requests for assistance are welcomed and farm visits are made where necessary. Local newspapers and radio are supplied with topical information as the need arises. Constant use of these media ensures that the farming community is kept abreast of the latest developments in agriculture, and that timely warnings of any threat to production in the area are given.

Noel Matz, the District Agricultural Adviser, provides advice on all aspects of crop and pasture production. His area covers Yorke Peninsula and north and eastwards to Cele­ments Gap, Redhill, Brinkworth, Bowillia, Balaklava and Port Wakefield. During his three years in the district, Noel has become familiar with the majority of the local farming problems. He has rendered valuable assistance in implementing weed and pest control programmes and has been involved in work associated with disease control in crops and pastures. In particular, Noel has taken a special interest in cereal eelworm control and has assisted with much of the field work involved in the Department's investigations into this problem. The responsibility for providing the district's livestock owners with readily available advice on animal health matters rests with Jack Jones, the recently appointed Animal Health Adviser. In past years, this service has been provided by officers based in Adelaide, but the increase in the size and number of livestock enterprises in the district has made a local appointment necessary. The pig population in particular has increased in recent years and more interest is being shown in poultry production.

Jack deals mainly with notifiable stock diseases such as sheep lice, swine dysentery and erysipelas, but he is also available to advise on other diseases affecting herds or flocks. The overall aim of his work is to control and prevent the spread of disease among the livestock population. One of his main interests is the control of tuberculosis in pigs, poultry and cattle. He is responsible for maintaining quarantine on properties that have supplied infected stock to abattoirs, and acts when the source of outbreaks is detected. All types of herd and flock health problems are investigated by Jack Jones, Animal Health Adviser.

With a growing pig population in his area, the work time of Andrew Oliver, Livestock Officer, Pigs, is certainly fully occupied. Andrew has undertaken specialised training in pig husbandry and extension methods. He is responsible for providing a pig management advisory service to more than 5,000 pig producers on Yorke Peninsula, the mid north and Eyre Peninsula. At present most of these piggeries are small sideline units of less than 20 sows, but there has been a recent trend towards intensive piggeries. In this regard, Andrew has up-to-date knowledge of all the latest designs in pig housing.

Feeding of pigs is the other main management aspect on which Andrew is asked to advise. Because more than 95 per cent of owners in the district grow and mix their own pig feed, the composition and balancing of rations is an important part of his work. The information needs of sheep owners on Yorke Peninsula and in the Kadina district are well catered for by Harry Nash, the District Sheep and Wool Adviser. Harry has had many years experience in sheep and property management both within and out­side the Department. Having been stationed in the Kadina area for over six years he is thoroughly familiar with local sheep production problems and is always available to offer accurate guidance. Overcoming low lambing percentages and increasing the over­all quality of flocks by sheep classing are two of the subjects on which Harry is particularly competent to advise.

By working in close conjunction with other departmental advisers and specialists, Harry is able to offer growers in the district an advisory service that is second to none. 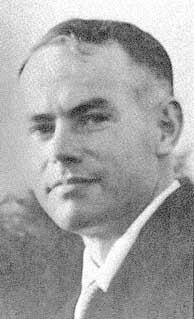 lan Pickett has been the District Poultry Adviser at Kadina for over two years and is able to advise on all aspects of poultry management. He is currently completing a one year post diploma course at Roseworthy College to broaden his knowledge of farm management and extension techniques. He will resume duty at Kadina late in December this year.

lan provides a full poultry management advisory service covering the Kadina district, Yorke Peninsula and eastern Eyre Peninsula down to Port Lincoln. The increase in the number of intensive cage units in the area has been influenced largely by the availability of surplus grain. One of lan's many projects has been to assess the suitability of peas for increasing the protein content of poultry rations at minimum cost. Use of evaporative cooling units to reduce heat stress among birds, and farm record systems for poultry producers are also among lan's interests. 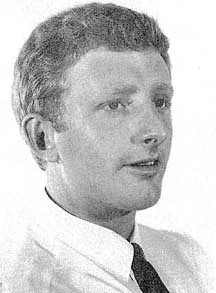 The appointment of Graham Trengove, Agricultural Economist, brings to the district an entirely new type of service. Graham's function is to assist farmers with enterprise budgeting, to prepare estimates of gross costs and income, and to offer guidance whenever necessary. He is available to advise on the economics of existing or intended enterprises, and is able to assist owners in determining the feasibility of increasing farm size through land purchase and use of funds acquired under the rural re-construction plan.

At a later stage, Graham will also work in conjunction with the Department's industry branches in carrying out regional research projects aimed at determining the profitability of various alternative enterprises.